Jesuit Missions of Chiquitos have endured for more than three centuries, awake admiration for the architecture of its temples baroque style, which include paintings, murals, resplendent golden altars, colossal columns carved in wood and a variety of beautiful carvings decorate the altars, pulpits and cajonerías. The churches emulate European constructions, due to the influence of the architect of the missions, the Jesuit Martin Schmid, who in partnership with indigenous and built these impressive Jesuit churches, where you can appreciate the technique learned by native art that becomes enriched with their own visions.

Departure at hrs. 7:30 toward the Jesuit Mission of San Xavier and Conception. Along the way we will pass through several villages in the eastern lowlands such as Puerto Paila, Pailón (the first door of the Jesuit Missions), San Ramon, San Xavier where we make our first missionary tour, San Javier was the first mission founded by Jesuit on December 31, 1691 was home to one of the music schools and workshops for making musical instruments at the time. His vocation is agricultural, livestock and tourism, is the gateway to the Jesuit Missions circuit. Its townscape creates an ideal environment that emphasizes the majesty of the mission. On the occasion of the festival of "San Pedro and San Pablo" marks the impressive ritual of Yarituses, and Intangible Cultural Heritage Department.
We passed the Paquió Stones where we see the buffalo farm and continued our journey to San Ignacio, arrival hrs. 20:00.

We start a very intense day, with a trip to the missions of San Miguel, San Rafael and a tour to the Temples Mission of Chiquitos, surrounded by of the abundant wildlife and vegetation in this region paradise.

In the afternoon we take a tour in the town of San Ignacio de Velasco, founded in 1748, is the largest municipality in the Chiquitania, the customs and traditions are kept alive in the town and in their communities, one of its main attractions its craft workshops and Guapomó Dam.
Finally we will visit the town of Concepcion, is 4 hours away.

After breakfast we start our visit in Concepcion that in the past was one of the most important Jesuit missions, Concepcion  Mission is referred to as "the jewel missionary", surrounded by lush nature, Concepción is a leader in biodiversity, was declared "sanctuary of the Orchid" by the great variety of this flower in their natural habitat, the famous "Orchid Festival of Conception" is held annually in the month of October, visit the Anthropological Museum, the Church Missionary their craft centers and finally the Zapocó dam.

Access to attractions may be limited during the rainy season, so the roads that access the entire Chiquitanía. The rainy season starts in December and ends in March. 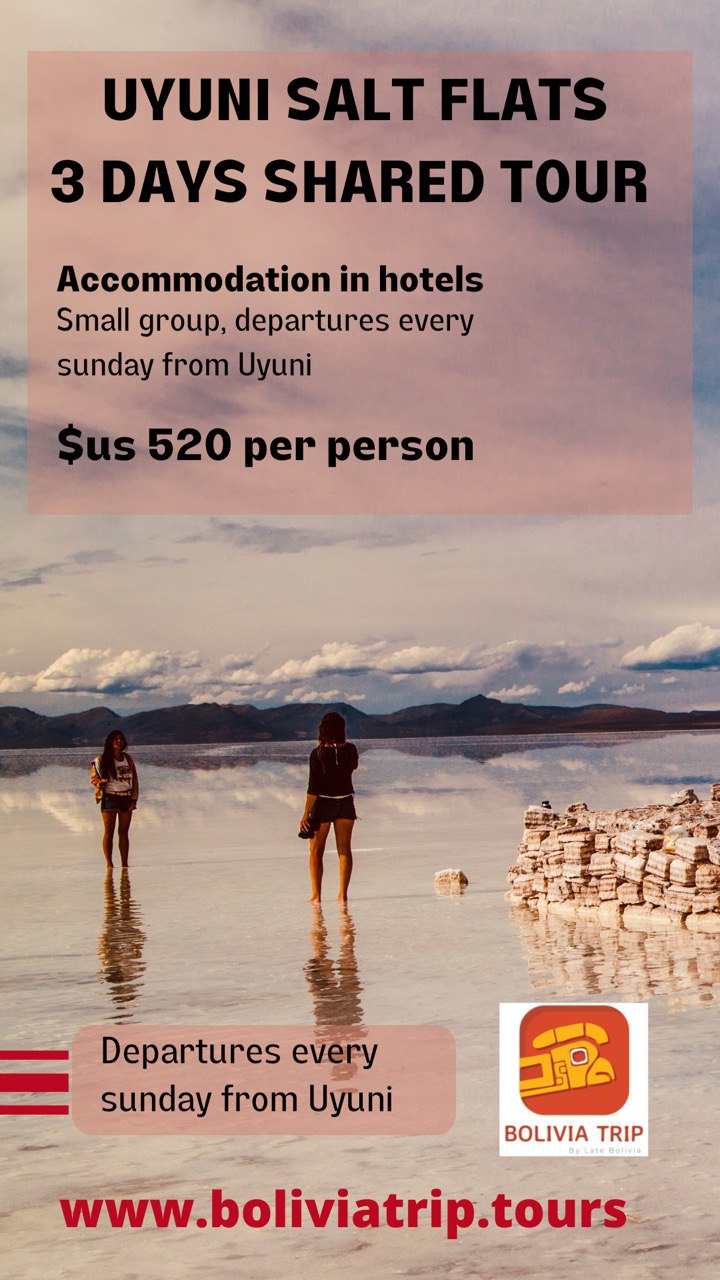